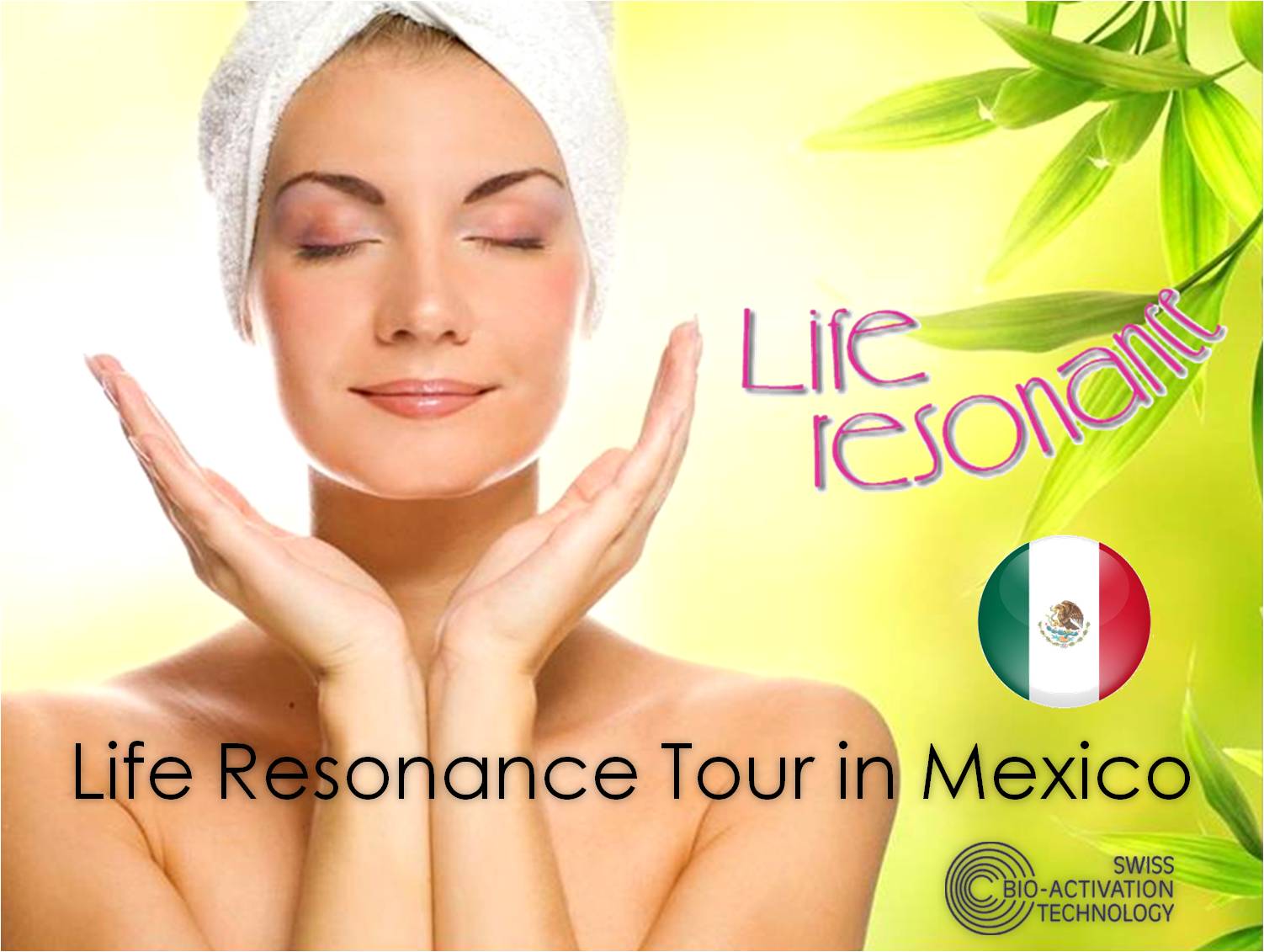 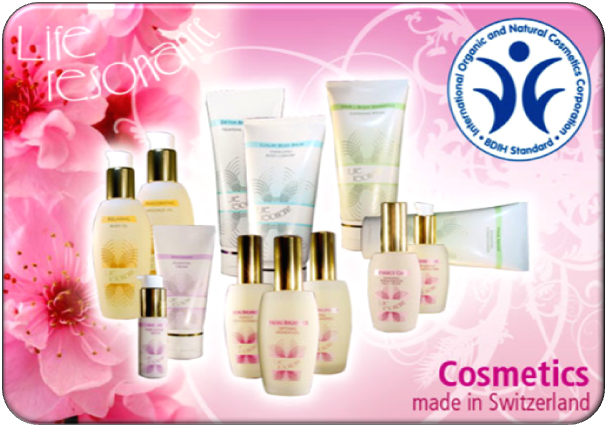 Life Resonance is based on the explosive knowledge that it is not sufficient for good cosmetic products to be composed of top quality natural ingredients, it is also vital that they contain energy-enhancing active principles. Life Resonance fully meets both criteria – visibly and perceptibly – offering Beauty + Energy  in one !

A wide variety of natural extracts and plant oils derived from biologically  cultivated and controlled production in the Life Resonance cosmetics is proof of the inexhaustible wealth of richness that nature has in store for us. Life Resonance treats these living forces with extreme care. Their valuable properties are further supported by energy-enhancing resonance patterns.

Additionally fortifying the high-quality products with vitalizing components is a revolutionary approach. Life Resonance’s goal is to achieve aligning, regenerating and revitalizing effects that influence body, mind and soul through the skin. The skin itself builds up new energy reserves and activates optimal caring properties.

ife Resonance is based on the discovery that optimal bodily function, mental well-being and a pleasing, radiant vitality – as well as simply feeling good – are the result of consistent energy care. The fact that the skin is perfectly suited to receive reorganizing and restoring impulses supports the Life Resonance program. Energy flow can be stimulated through the skin. Moreover, not only skin and tissue functions can be restored to balance, one's entire well-being can be harmoniously influenced through the skin.

With the revolutionary approach of enriching high-quality cosmetics containing reorganizing and energizing factors, Life Resonance provides the opportunity to rebalance, revitalize and regenerate the skin's function and positively influence the body as a whole.

A rich and varied selection of plant ingredients offering numerous synergistic characteristics and properties are integrated in all our products, hence providing the skin maximum protection and support. The carefully selected and powerful plant extracts, oils and natural fragrances originate from certified organically grown sources and reflect the abundance of regenerative wealth that nature has to offer.

Life Resonance products are free from:

All ingredients are carefully selected according to ecological and integral health criteria. All products fulfill the highest safety requirements.

Bioactivation is a proprietary technology to imprint energy resonance patterns into specific materials like gold and quartz. It is based on specifically designed biophysical and electronic devices. The energy resonance patterns imprinted into the Boiopulser and Drink Pulser helps to restruckture the energy field of food and drinks. by doing so the taste and flavour of foods and drinks are enhanced suppoting our body to faster regenerate, to restore organization and to maintain energy balance. The basic effect is a transmittance of energy in a resonance-like interaction between emitter (product) and absorber (user).

The Bioactivation technology is based on working principles of alternative treatment systems such as Chinese Medicine, Homeopathic Therapy, Dr. Bach Remedies that address the body's energy field for improvement of organization, restorance and energy balance for health and well-being.

Since quantum physics modern scientists describe our existence as being based on particle and wave, matter and information, taking into consideration that high levels of organization and coherence support and maintain complex biological systems.

Fritz A. Popp, German physicist, quality test of foods by "Delayed Luminescence of Biological Systems  in Terms of Coherent States".

Erwin Schrödinger, Austrian physicist, Nobel Prize for his contribution to quantum mechanics:..."The knack by which an organism is able to maintain a highly organized level is achieved by the perpetual 'soaking up' of order from its surroundings."...

Bioactivation and the Life Resonance product lines are based on long years of experience of the two founders and their recognition that optimal bodily function, mental well-being and a pleasing, radiant vitality - as well as simply feeling good - are the result of cons